Satellite imagery from 2013 suggests that Pakistan has started operating its third plutonium production reactor at the Khushab site. A fourth reactor appears to be still under construction.

Work on the Khushab-III reactor started in 2005 or 2006. Imagery from March 2013 and from December 2013 shows water vapor rising from some of its cooling towers suggesting the reactor was operating. If Khushab-III began operating in early 2013, the first batch of its spent fuel could have been taken out already, cooled and become available to be reprocessed in 2014 or possibly 2015. For more on reprocessing in Pakistan, see chapter 10 in Global Fissile Material Report 2010.

Work on the fourth reactor may have started in 2011, and its footprint seems similar to Khushab-II and III. Khushab-IV may be perhaps a year away from completion since the cooling towers had not been completed as of the end of 2013. ISIS has published a more detailed analysis of construction as of the end of 2013 of Khushab-IV.

The three operating reactors are believed to have a power of 40-50 MWt and to be natural-uranium-fueled and heavy-water-moderated. Operating at 50% capacity each of them could produce about 5.7-7.1 kg of weapon-grade plutonium per year, and operating at 80% capacity each of them would produce about 9-11.5 kg of plutonium per year (see Global Fissile Material Report 2010).

As of the end of 2013, IPFM estimates that Pakistan may have accumulated on the order of 170 kg of plutonium, from its Khushab-I and Khushab-II reactors. This would be sufficient for roughly 35-40 nuclear warheads, assuming 4-5 kg of plutonium per warhead

Google Earth imagery from March 2013: Khushab-III is the reactor at the top of the image, Khushab-II is the reactor at the bottom. The image shows vapor from the cooling towers associated with Khushab-II and Khushab-III suggesting both reactors were operating. The II/III designation is determined by the order in they were built. They can be distinguished by the slight difference in the layout of their respective cooling towers. 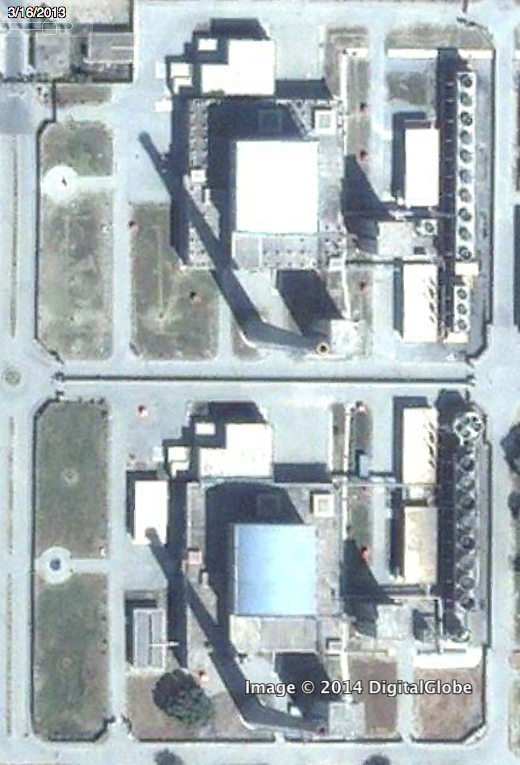 Subsequent imagery from 9 December 2013 again shows both Khushab-III (top) and Khushab-II (bottom) seemed to be operating. 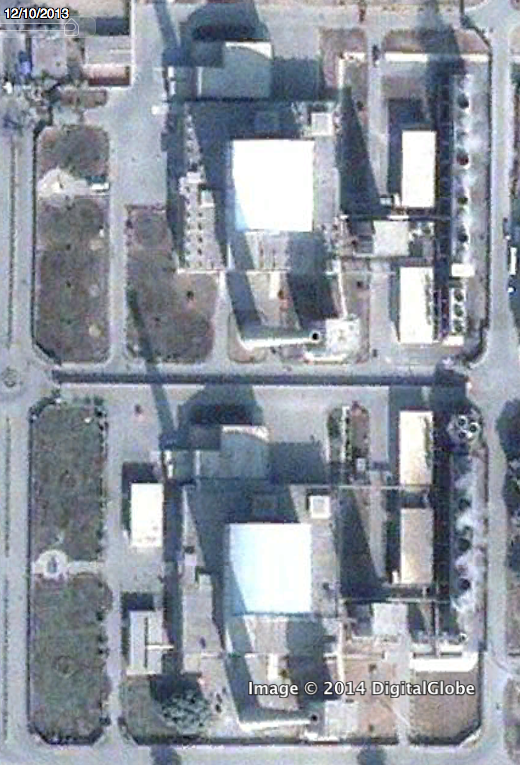 Imagery from December 2013 showed that Khushab-I also seemed to be operating. 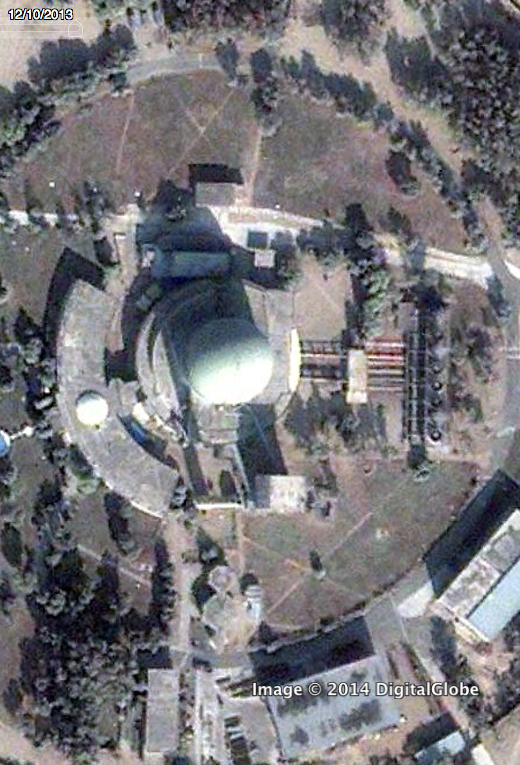 A report by the Institute for Science and International Security (ISIS) provides evidence that Pakistan's forth plutonium production reactor in Khushab is now operational. Construction of the reactor was reported to begin in 2011. The third plutonium p...