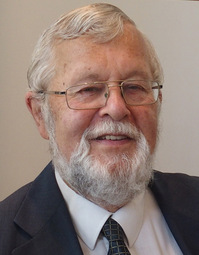 Arend Meerburg became the Netherlands member of the International Panel on Fissile Materials soon after IPFM was founded in 2006. With his warm and humorous personality, long experience in international diplomacy on disarmament issues, and insightful comments, Meerburg became indispensable to the IPFM. IPFM has lost a great spirit and leader but Arend Meerburg will continue to be with us as we continue our work.

During his ten-year membership of IPFM, Meerburg made many contributions to our work, most notably leading the development of IPFM's draft Fissile Material Cutoff Treaty in 2008. He also facilitated IPFM's fruitful interactions with the Netherlands Foreign Ministry at the United Nations in New York, at the United Nations Conference on Disarmament in Geneva, and at the nuclear Non-Proliferation Treaty Review Conferences. He also helped IPFM set up a dialogue with the European multinational uranium enrichment company Urenco.

Meerburg's training was in nuclear reactor physics but he was an adventurous person and for five years after his degree worked on oceanographic, atmospheric and ozone research, including spending more than a year in the Antarctic. In 1970, he joined the Netherlands Ministry of Foreign Affairs as a staff member in the section on Disarmament and International Peace Affairs. During a long and important career there, until he retired in 2004, he represented the Netherlands in Geneva at the final negotiations on the Chemical Weapons Convention and the Comprehensive Nuclear-Test-Ban Treaty.

He also was involved in many important nonproliferation initiatives, including: the International Nuclear Fuel Cycle Evaluation, which led to initiatives to minimize the use of highly-enriched uranium; the Nuclear Suppliers Group, which led to an end in the export of enrichment and reprocessing technology; and as a member of the IAEA's expert group on Multilateral Nuclear Approaches as an alternative to national uranium enrichment programs.

During 1996-2000, Meerburg was the Netherland's ambassador to Yemen where he launched an initiative to support opportunities for rural women. Meerburg's wife, Carin and he left an enduring legacy by establishing the Girls World Communication Center in Sana'a, Yemen, which provides language and computer courses, training in leadership, management, human rights, democracy, methods of scientific research, and training for teachers of English and other languages. They continued to support the Center after they returned to the Netherlands. Those of us who had the opportunity to visit him and his wife Carin in their hometown of The Hague found an evening spent with them unforgettable.

As part of their observance of his passing Arend Meerburg's family took flowers and his picture to the eternal peace flame in front of the gates of the Peace Palace in The Hague.