Damning U.S. Department of Energy audit on cost and schedule overruns at the MOX Fabrication Facility at the Savannah River Site 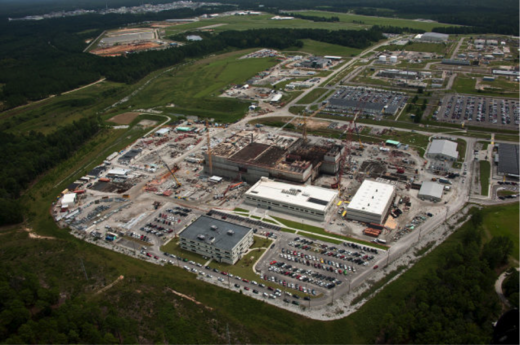 By David Lowry with Mycle Schneider

Officials have been unable to control costs at the multibillion-dollar MOX (mixed-oxide) nuclear fuel production project at the Savannah River Site near Aiken, South Caroline in the United States according to a new internal U.S. Department of Energy (DOE) audit released in May 2014.

The audit recalls that a March 2012 construction project review conducted by the National Nuclear Security Administration (NNSA) had already concluded that "the MOX Facility had a very low probability of being completed according to the approved baseline." The 2014 audit concluded: "Despite project expenditures of about $4 billion and a proposal to place the MOX Facility construction project into cold standby status in FY 2015, we remain concerned with the project management issues observed during the audit." A letter dated May 22, 2014, by Gregory H. Friedman, DOE Inspector General to Energy Secretary Moniz, accompanying the audit, states:

The Department formally approved a project baseline in April 2007, and started construction on the MOX Facility in August 2007. At that time, the MOX Facility project had an estimated total project cost of $4.8 billion and a scheduled completion date of September 2016. Through October 2013, about $4 billion had been spent on the MOX Facility project and latest available project estimates show that the project was about 60 percent complete. However, design work is still underway in a number of areas including software, instrumentation and control systems, as well as fire suppression and various mechanical systems.

The audit makes it clear that the NNSA and MOX Services have been largely unsuccessful in controlling the cost and schedule for the MFFF. The NNSA directed MOX Services to develop a baseline change proposal with updated project completion, cost and schedule projections, but under the revised baseline, it was estimated by DOE in its own budget justification for FY2014 that total project costs would grow to about $7.78 billion and that completion would slip to November 2019, representing cost growth of about $2.9 billion and project schedule slippage of over three years. The NNSA had estimated in 2002 that MFFF would cost about $1 billion to design and build.

The audit establishes that:

The anticipated cost and time required to complete the MOX Facility were significantly underestimated due to a number of factors. This included most prominently, the Department's 2007 approval of a project baseline that was developed from an immature design, understating the level of effort to install various construction commodity items, and high personnel turnover rates. Prior to approval, the USDOE's own independent review of the project baseline found that the design review of the MOX Facility was incomplete.

An Associated Press report commented that criticism has "swirled around the project, which has been slow to attract customers for the commercial reactor fuel it will produce. MOX Services has said negotiations are underway with several utility companies interested in buying the fuel, but none have officially signed on."

U.S. Nuclear Regulatory Commission signed an order that extended the completion deadline for the construction of the MOX Fuel Fabrication Facility (MFFF) by ten years, until 30 March 2025. In March 2014, the U.S. administration announced its intent to ...